The CDKN2A gene, also known as the p16 gene has been implicated in numerous cancers1. The CDKN2A (p16) gene encodes a cyclin dependent kinase inhibitor protein and functions as a cell cycle regulator1. Gene aberrations involving the CDKN2A gene such as gene deletion and mutation are commonly identified in various cancers1, 2. Homozygous deletion of CDKN2A results in the inactivation of its gene function and is considered one of the mechanisms that drive leukemogenesis2. Furthermore, a multiplicity of solid tumors such as lung, glioma, bladder, pancreatic, and renal cancers contain CDKN2A deletions3. The high prevalence of CDKN2A gene deletions in variety of cancers, make it a viable cytogenetic target1. Conventional cytogenetic techniques such as fluorescent in situ hybridization (FISH) can be used to detect CDKN2A deletions. 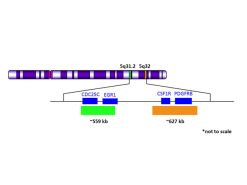 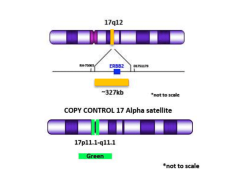 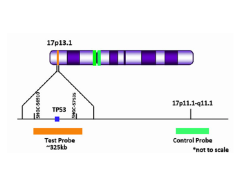 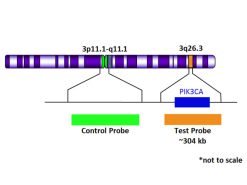